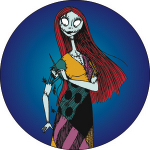 aka Vanessa and Isabella

I have two siblings, an 18-year-old sister named Cathrine and a 7-year-old brother named Jeremy. My mom has type 1 diabetes and dad works very hard to try to find a cure for it. My cousin Isabella first got me into Monster High and believes Frankie may have a brother. I am a very talented artist and did a Dawn of the Dance still life of Frankie, Cleo and Clawdeen and entered it in the art show at George Kaizer's school of art (my picture actually looks really good the only flaw is Frankie's skin looks like it's glowing because George said to do green and white on top which gave it a glow effect by accident). I am also good at making custom dolls, play props, and Halloween costumes.

I am an only child. My mom is a dance teacher and dad is an electrician. My cousin (Nessie, aka Vanessa) and I are very skilled at making custom dolls and I am making my own Spectra Vondergeist Halloween 2011 costume (My costume is subject to copywright by order of the federal government and is punishable by law J/K :P). My cousin and I agree about almost everything and get along very well. I did a Monster High picture (above) for last year's halloween contest at George Kaizer's school of art. It did not win; however it came in fifth place. I also am lead to beleive Frankie Stein has a possible brother.

I had a sleepover with two of my best friends, Madeline and Katy. Katy brought her MH dolls and I suggested we made a YouTube video, since Madeline has a YouTube account (MadieB1999) so Katy quickly came up with a spoof of Snow White: Snow Pink and the 5 Monsters. The cast is:

My cousin Isabella visited and got me interested in Monster High. After that I got so into it I actually wrote my own Monster High story with my own characters!

The main character in the story is a girl named Sally Bo-Shraek, whom had her name changed to Sally Boo-Shreik after she was transferred to MH. She was cursed by Bloody Mary on her 16th birthday and obtained the ability to leave her body as a ghost.

Another character is Ben Shea (pronounced SHE, not SHAY) son of the banshee. He has a crush on Cleo, but makes a fool of himself when he's around her.

It's been exactly a month and a week since I got cursed. My principal had a talk with my parents and they're transferring me to anothr school. I don't know which school but I know it's not one I've heard of. Bekka, Haylee, Melody and Victor were very sad, especially Victor, but I was the most upset. I mean, seriously, you'd be very upset if you were switching schools and leaving all your friends and boyfriend behind. Mom took me home early and I was in my room crying to James' ghost for an hour. But seriously, where could I go where I would fit in because I can leave my body as a ghost?

I found out where they're moving me; a place called Monster High. I literally JUST got there and was yelled at by a girl named Cleo De Nile. I met a lot of other people; Frankie Stein, Draculaura, Clawd and Clawdeen Wolf, Lagoona Blue, Ghoulia Yelps, Gil Webber, Slow Moe, twins Jackson Jekyll and Holt Hyde, Spectra Vondergeist, Abbey Bominable, Billy Where, Toralei Stripe, twins Purrsephone and Meowledy, and Ben Shea. I also met this really cute and nice guy named Deuce Gorgon who helped me when I got there. They all got me an iCoffin and when I got home I think James was actually a bit jealous when I said Deuce was cute ;) After school I had a violin lesson before I had to explain to James AGAIN why he doesn't need food anymore (he's dead) yet somehow he still forgets LOL!!

SOOOOO much happened today I don't know where to start! Okay, so at lunch I got upset about something PRIVATE. I also told Spectra I was having some "Boy Trouble". She advised to just ask him to hang out, so I did. I asked Deuce, and then Holt started acting like a complete retard. It was actually really fun, and Deuce was enjoying it, too. I met his pet rat, Perseus, named after a friend of his mom (at least I think it's a friend) and he met James. It was also fun because we flew an old kite Deuce made in 7th grade and went to this fair in town. The only downside to the whole thing is that my body is temporarily stone pecause he was protecting me from his mom. But while I waited I got this scary cool app that'll let me take pictures of vampires and these sunglasses Deuce had his eyes on;) . Still waiting....

REEEEEAAAALLLLLYYY long story. So, when my body turned back into flesh, I couldn't get back in! All my friends were kind enough to help me. Along the way, Draculaura was reunited with her long-lost brother, Draculogan. It was actually unbeleivably fun, although I had to do something rather scary--I TOLD DEUCE I LIKED HIM, IN FRONT OF CLEO!!!!!!!!!!!!!!!!!!!!!! Deuce actually said he liked me back, and so that things all worked out, Ben actually admitted he had a crush on Cleo! I knew it!! When we got back to school, the last dance of the school year took place, and it was a TON of fun! Everywhere you look, ghouls have dates, or botfriends, or whatever you want to call them. Billy was holding hands with Frankie. Draculaura was sharing a glass of pomegranite juice with Clawd (I'm pretty sure the "punch" there was blood). Clawdeen was flirting with a werecat boy (She said his name was Toby Clawton). Lagoona was spashing in the ginormous fountain with Gil (When I say ginormous, I mean holy-crap-this-thing-could-bathe-an-elephant). Cleo preformed a duet with Ben of Lady Ga-Ghost's Bad Romance. Ghoulia was slowly dancing with Slow Moe. Jackson shared a dance with a Punk-Gothic ghoul (He told me she's named Heather Black). Holt was showing Abbey how to work the DJ Switchbox. Spectra was floating and flirting with Draculogan. Toralei was guiding Kris Klops (he's a cyclops and needs glasses, hasn't found any yet, and his contact irritates him, so he's practically blind) around the bloody-punch table. As for me? Let's just say true love doesn't only exist in fairy tales. It was the best night of my life.

If I Was a Monster Movie Character, I Would Be...

I would be Sally Ragdoll from The Nightmare Before Christmas. I was her last year for Halloween and I actually named Sally Boo-Shreik after her.

Retrieved from "https://monsterhigh.fandom.com/wiki/User:Vanessa789?oldid=282249"
Community content is available under CC-BY-SA unless otherwise noted.