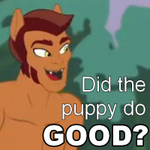 aka Touché and Random

Welcome guys and ghouls to the lair of despair: home to UnluckyThirteenth, and a whole lot of pointless trivia :D

As of 07/07/2011, this account is now shared between both members of What-Where-How-Much: "Touché", the original UnluckyThirteenth, and also her fiancé, "Random".

Retrieved from "https://monsterhigh.fandom.com/wiki/User:UnluckyThirteenth?oldid=278882"
Community content is available under CC-BY-SA unless otherwise noted.