2015 was the year the Monster High Tumblr account switched to a new address and stopped portraying itself as the school newspaper. The posts continued to be image-heavy and with little text, and a larger portion than before consisted of reblogs of various fans. The first posts of the year all were dedicated to the Monster Exchange line, which webisodes aired at that time. 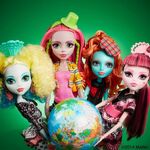 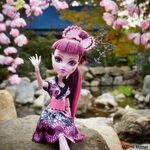 Draculaura takes Shibooya! Travel the world with Ula-D in today's all new webisode!

And we're off to see the world! 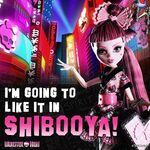 If you can dream it, you can do it! 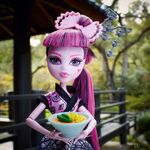 Time to take a bite out of her scaremester abroad. 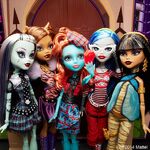 Notorious photobomber, Lorna McNessie, couldn't resist a selfie with these homeghouls! Learn more about Lorna in today's all new webisode!

It's out of the murky waters and into the spotlight for this photobomb-loving ghoul!

No matter how far she swims, Rotland will always be in her undead heart. 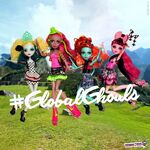 Ghoulfriends make the world go round! 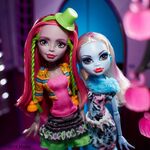 Step into Marisol's legendary shoes when she gives her cousin, Abbey, a tour of Monster Picchu! 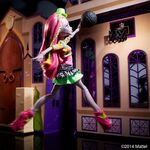 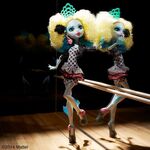 Who needs souvenirs when a ghoul can take back a few killer dance moves instead! 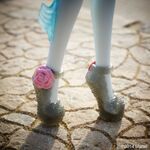 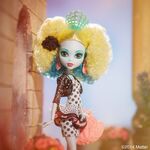 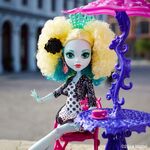 Coffee break in Madread, anyone? 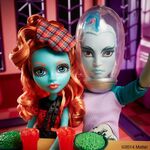 Does our fisheye lens deceive us or are Lorna and Gil sticking together like saltwater taffy?! 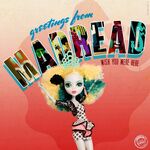 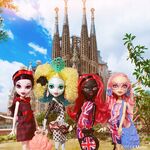 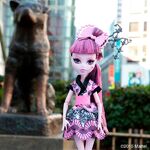 Today’s visit to Shibooya's Hachiko statue has this Monster Exchange ghoul feeling grateful for all of her loyal friends back home.

This is one ghoul who loves her freaky fab feet! 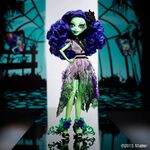 Presenting Amanita Nightshade! 1300 years of slumber to Friday the 13th 2015, this modeling diva knows how to make an entrance! 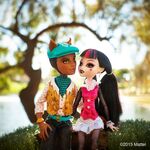 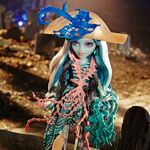 A Friday the 13th surprise is headed your way, Monster High! You won't want to miss this epic reveal! 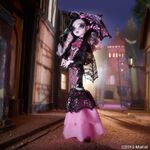 Draculaura's been haunting the streets for centuries, but we'd bet our fangs you've never seen her like this before! Meet the Draculaura Collector Doll! Coming summer 2015!

Retrieved from "https://monsterhigh.fandom.com/wiki/Tumblr/2015?oldid=304943"
Community content is available under CC-BY-SA unless otherwise noted.