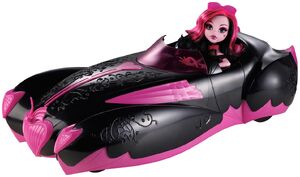 Since 2011, Mattel has been in contact with various retail chains to arrange for store-exclusive dolls. The first three such stores were Target, Toys"R"Us, and Walmart, who have been receiving an increasing amount of exclusive dolls each year since. In 2012, Costco, JCPenney, Kmart, and Kohl's joined the group, but their exclusive doll-density is limited to one per year. Justice joined the latter group in 2013.

Retrieved from "https://monsterhigh.fandom.com/wiki/Store-exclusive_dolls?oldid=336375"
Community content is available under CC-BY-SA unless otherwise noted.