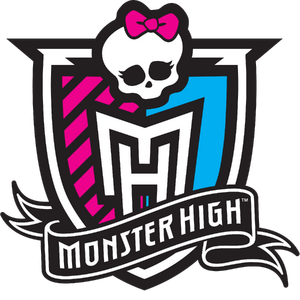 Among a growing and changing assortment of dolls and doll lines throughout the years since Monster High's take-off, there is one line that stays around indefintely. This line, recognizeable by assortment number N2851, is without a name, on account of it containing the 'default' dolls and thus not needing a theme-defining designation. This 'Signature' series of dolls primarily represents the characters as they commonly appear in fiction, but the number of 'Signature' dolls in alternative outfits is steadily growing. Most are released in sets of 8, 7, or 4 dolls that in marketing, release dates, and diary content share common ground. The first four sets are also nameless, while recent ones do have a name. Fans have made up names themselves for the first four to distinguish between the sets and in particular the characters with dolls in multiple 'Signature' sets.

The 'Signature' series started out with six dolls in Mid 2010, the first wave of what the fandom came to call the 'Basic' subline. The second wave followed in Late 2010, and an entirely new subline was released in Mid 2011. Between the 2010 and 2011 'Signature' sets, five characters are shared. To be able to distinguish between them, the fandom thought up the name 'School's Out' for the second subseries while reserving the term 'Basic' for the first subline and the three non-repeated characters of 'School's Out'. It has become a practice among the fans to refer to any doll representing a character's default look as 'Basic' and identify repeat characters by the (sub)line's proper designation. Since this practice is inconsistent and therefore difficult to document, the Monster High Wiki defines 'Basic' solely as the name of the first set of eight 'Signature' dolls.

The 'Basic' Ghoulia Yelps and Holt Hyde dolls, which make up the second wave of that subline, were repackaged when 'School's Out' hit stores and released alongside them. This was probably done because they had not been out for very long when 'School's Out' hit the shelves and replaced 'Basic'. Technically, they also belong to the 'School's Out' subseries because of that. But since both dolls are exactly the same to the point that their model numbers aren't even different, the Monster High Wiki only lists them as 'Basic' for management purposes.

Two more unnamed 'Signature' sublines followed until Mid 2012. Of these, 'Campus Stroll' introduced store exclusives to the 'Signature' series with the Early 2012 Meowlody & Purrsephone and Clawdeen & Howleen Wolf 2-packs. Both lines mark a change of direction compared to 'School's Out'. The latter consists predominantly of characters with a previous 'Signature' release, while the former two comprise almost solely new characters.

The dual release of C.A. Cupid on one hand between 'School's Out' and 'Campus Stroll' and on the other hand in the middle of 'Between Classes', began two new developments. Released in Late 2011, Sweet 1600 C.A. Cupid was the first default-clothed doll that was not released in a 'Signature' subline. The doll was released a second time without any changes but with a diary as part of the 'Signature' line in Mid 2012, which makes her the first 'Signature' doll released outside of a subline too. Sweet 1600 Cupid was followed by mainly convention-exclusive dolls and TV special tie-in dolls, and lone 'Signature' Cupid was followed by a seminannual schedule of similar stand-alone releases done to celebrate or promote special occasions.

The TV special tie-in system as launchpad for sets of new characters, all introduced in their default outfits, started with the Late 2012 release of Scaris: City of Frights. Jinafire, Skelita, and Catrine all debuted in the series in their default clothes, but without pet figurines and with booklets that in some cases did contain diary elements, but were not diaries. Half a year later, 13 Wishes was released and that marked the moment TV special tie-in lines became indistinguishable from 'Signature' sublines but for the fact they weren't assortment N2851. The main dolls of the series were packaged with pet figurines and classic-style diaries.

Along with Scaris: City of Frights, Late 2012 saw the introduction of Picture Day, the first named and themed subline of the 'Signature' series. It introduced no new characters, whereas its predecessor 'Between Classes' notably contained no repeat characters. The follow-up subline, New Scaremester, in turn, is a mirror of 'Campus Stroll', featuring only one new character. Neither named subline features pet figurines, which isn't different from how the repeat characters of 'School's Out' were pet-less, or diaries. Instead, they have school-related booklets of various natures.

In short, the 'Signature' series is the original Monster High doll series that the franchise launched with. For its first two years, its dolls were distinguished from others by sporting the default outfits or alternative average day outfits if the character had a previous 'Signature' release, pet figurines in case of new characters, and diaries. The dolls of the series are divided into subseries, the first four of which nameless. In 2012, the 'Signature' line split into three different directions. Pet figurines, diaries, and dolls of new characters were largely moved to the TV special tie-in lines. The N2851 line continued into named sublines, which primarily contain dolls of characters with a release previously in another line and focus on the social aspects of school life. And lastly, 2012 introduced 'Signature' dolls that do not belong to any of its sublines but rather stand-alone releases and are mostly released for special occasions.