Raythe is a 2016-introduced and fiction-only character. Given his name and appearance, he is most likely a wraith. He attends Monster High, being one of its early students. Among the friends he's made, he's closest to Deuce Gorgon and has developed a mutual crush on Clawdeen Wolf.

Raythe is voiced by Travis Dresden.

Raythe is a nice and very easygoing person, though he can be very zealous when excited about something and enjoys joking around with his friends. Although he is usually confident in his words and actions, Raythe displays a somewhat awkward side around his crush, Clawdeen Wolf, and often clumsy with his words when talking to her. He loves music and seems to be fond of alternative rock music in particular. Raythe is also very good at singing, being the lead singer in the band he forms with his friends, and at playing the guitar.Electrified

Raythe is tall and slender with blue skin, grey eyes, fangs, and chin-length grey hair. His clothes are a mixture of alternative casual and burial shroud-like tattered fabric. He wears a long black, sleeveless sweater with blue lines around the arm holes, blue strings around the neck, and tattered ends over a grey shirt with elbow-length sleeves, which has some holes. Raythe wraps a piece of grey fabric on his right wrist, which is also wrapped over a piece of black fabric and tied together by a blue cloth and wears purple pants. Like most ghosts, Raythe wears chains in his attire, specifically three chains on his blue sneakers to hold the black fabric he wraps around his heels in place.

In the webpisode series, Raythe's appearance differ a little; his skin is more grey-toned, he has no fangs, his pants are black that gradients into purple in the middle, and he wears a pyramid studded belt around his waist.

While Raythe is on goods terms with all his classmates, he preferred the company of Skelly, Bonesy, and Deuce the most. He formed a band with them a few months after Monster High was founded, to which Venus, Silvi, and Woolee were also accepted into the group. Electrified

He is interested in Clawdeen, who answers the affection. They didn't go off on the greatest of starts, because in seeking to compliment her, Raythe called her art "sick". Due to the ambiguous word choice, Clawdeen reacts negatively to Raythe until Draculaura explained the misunderstanding. While Clawdeen does not actively go after Raythe the way he does her, she welcomes his attempts at courting her. Raythe tends to be very awkward and clumsy around Clawdeen, though he always works up the courage to talk to her and compliments her fashion designs.Welcome to Monster High Electrified 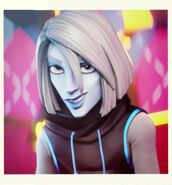 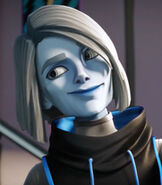 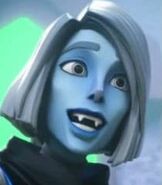 Add a photo to this gallery
Retrieved from "https://monsterhigh.fandom.com/wiki/Raythe?oldid=345786"
Community content is available under CC-BY-SA unless otherwise noted.