The Monster High version of the iPhone, the iCoffin is a cell phone that almost each of the characters in the franchise owns. The name of the phone is inspired by it's shape.

This phone is the main type of technology in Monster High. Oddly enough, there isn't any other type of phone talked about in the show, while Cleo's Basic doll has a regular cell phone on the leg of her outfit.

In the show, the iCoffin is usually purple (with the exception of Cleo's, which is gold and studded with crystals), and each character has their own, personalized skull inlay on the back. In "Why Do Ghouls Fall in Love?" every single one of the monsters pulls out an iCoffin as Clawdeen pulls out hers.

In "Escape From Skull Shores", the iCoffins have gone from slide phone to touch screen. This is the only indication that the iCoffin has multiple generation models. 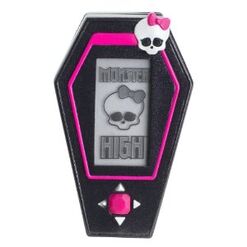 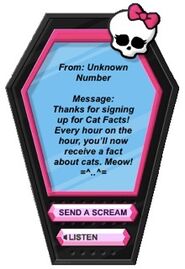 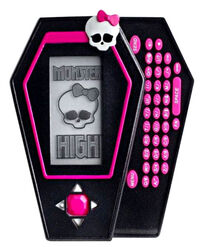 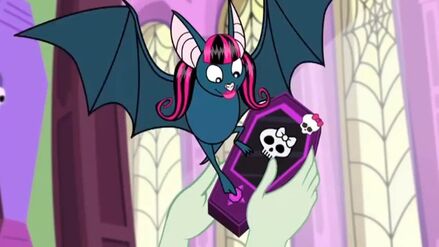