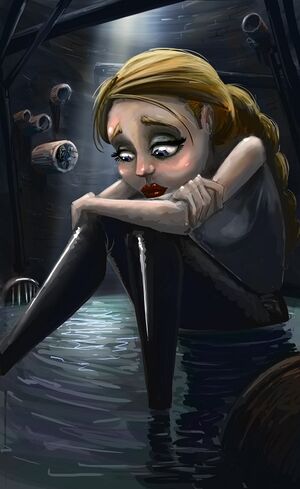 The "giant girl" a 2015-introduced and concept-only character. She is a giant, possibly of human origin, who lives in the sewers beneath Boo York.

The giant girl is a human-like being many times larger than a regular human. She has light skin, blue eyes, red lips, and long blonde hair. She wears a plain white top, and black pants.

Retrieved from "https://monsterhigh.fandom.com/wiki/Giant_girl?oldid=344536"
Community content is available under CC-BY-SA unless otherwise noted.