Ghosts are the soul or spirit of a deceased person or animal that can appear, in visible form or other manifestation, to the living. Descriptions of the apparition of ghosts vary widely from an invisible presence to translucent or barely visible wispy shapes, to realistic, life-like visions and they are believed to haunt popular locations,objects, or people associated with in their life.

They are spirits derived of the deceased, with translucent bodies and the ability to float and phase through solid objects. A common trait of ghosts in the Monster High universe, is that they wear chains all around them (with some execptions). Ghosts in Monster High seem to be more accurate to their "real-life" depictions, than some of Monster High's take on monsters.

In the Monster High books, ghosts are invisible to both RADs and normies.

Ghosts are shown to be able to reproduce as Sirena Von Boo is half-ghost.

Ghosts celebrate a holiday called "Chainsgiving". They hang decorations on the Chainsgiving tree and have a messy feast.

In "Haunted", it was revealed that ghosts have a world of their own and that monsters such as banshees, phantoms and grim reapers can also live in this world.

The Ghosts of Hauntings 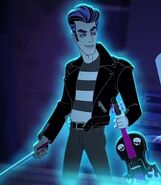 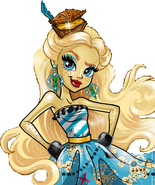 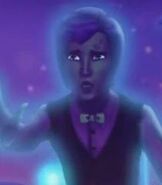 River Styxx
Add a photo to this gallery

Retrieved from "https://monsterhigh.fandom.com/wiki/Ghosts?oldid=349968"
Community content is available under CC-BY-SA unless otherwise noted.