< Dolls
View source
watch 01:55
Cobra Kai Season 4 - The Loop
Do you like this video?
Play Sound 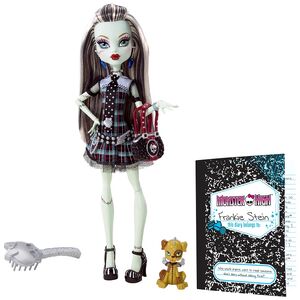 The first Monster High dolls appeared on shelves in July of 2010 and, due to a marketing schedule that was started in May, were an instant hit. Frankie Stein is the big constant among the 2010 releases, followed by Clawdeen Wolf and Draculaura, which is not surprising considering they are the franchise's main trio.

In total, 2010 saw releases in six different lines, of which six new, for a total of 23 items. There were nine new characters introduced and no exclusive items released.