Chewlian is Venus McFlytrap's pet sentient venus flytrap. He is based on Audrey II, an antagonist from “Little Shop of Horrors”.

Chewlian is a sentient venus flytrap with a mouth full of sharp, shiny white teeth. He also has a plant version of a mohawk. 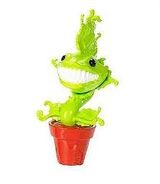 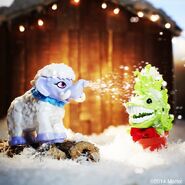 Add a photo to this gallery
Retrieved from "https://monsterhigh.fandom.com/wiki/Chewlian?oldid=347633"
Community content is available under CC-BY-SA unless otherwise noted.