< Characters
View source
watch 02:56
Doctor Strange in The Multiverse o Madness - The Loop
Do you like this video?
Play Sound

To make reading easier, this page is split up in two sections:

All characters within a section are listed alphabetically.

Aye is a cuttlefish owned by Vandala Doubloons.

Huebert is a raccoon owned by Porter "Paintergeist" Geiss.

Nati is a butterfly owned by Skelita Calaveras.

Frido is Rochelle Goyle's secondary pet to Roux. He is a fuzzy ball of fluff who appears to have no eyes or nose, but he is mainly based off of the a Gremlin from the movie The Gremlins, with similarities of the "do's and don'ts" of how to treat one from the Warner Brothers movie, The Gremlins. His name is literally based on the name "Fido", as long with an anagram for the word "fright". Frido also hibernates by shedding his skinless fur all the way, showing bones, but this is done more quickly after not following the rules how to take proper care of him.

The frogs are Lagoona Blue's pets at school since the day she saved them from dissection. Their numbers are legion and they eagerly help Lagoona whenever she asks them for it. So far they are the only additional pets to be made as a figurine in a doll set.

The Glitterati are five lab rats owned by Frankie Stein, who wear a "coat" of glitter. They were introduced in the Monster High books and later seen in "New Ghoul @ School" and "Fright On!".

The guinea pigs are rodents owned by Marisol Coxi. They appeared in the Volume 5 webisode "Meet You In Monster Picchu".

Smokey is Deuce Gorgon's pet dragon from when he was a little boy. Smokey was the first pet he had. While playing one day, Deuce accidentally petrified Smokey and because he had little control over his powers back then, the spell didn't wane after 24 hours. Smokey has been a statue for many years while Deuce waits, heart-broken but patient, until the day he can be reunited with Smokey. 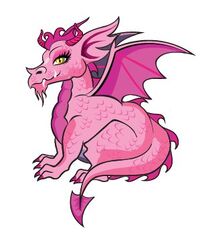