I think I might be too nervous to have a pet. I would always be worried about how it was doing when I was away from it at school.

Bonita Femur is a 2014-introduced and all-around character. She is part of the Monster High's hybrid community, the child of a skeleton and a moth.

She is voiced by Geeg Friedman in English.

Some sources indicate that Bonita is originally from Virginia, in the Boonited States of Scaremerica, though such sources are questionable.

Bonita derives from a special race of monsters; she's a hybrid monster, the product of a cross between two different monster types. Daughter of a talented skeleton seamstress and a patrol officer in the aircraft moth monster, she is a being of pure uniqueness, gathering both heritages' traits.

Due to this peculiar occasion, she hasn't had it all too easy in life. Along with her longtime hybrid friends— Avea, Neighthan, and Sirena—, Bonita has a history of going from school to school, being pushed around because she never fit in anywhere due to her duality. Never in the same school for long, she has traveled the country with her eternal pals by her side, in search of a place where they'd be accepted, until the day when news came of a school named Monster High that was willing to have them integrated in their program.

She has been a student of Monster High since then and couldn't be happier with her current lifestyle, finally free of prejudice.

Bonita's past history of rejection has instilled her with a sense of general mistrust and self-doubt because she does not know whether the constant failure is the fault of her environment or of her. It also doesn't help that she's the most easily influenced and gullible out of her gang of hybrids. Many of the ideas don't really come from her but rather have an influence on her.

On top of that, Bonita is more than a little jumpy and gets nervous easily, which creates a chain reaction, as she feels the need to chew from her moth side, which often results in her ruining her own clothes. Fortunately, her mother is a talented seamstress and can help out in some situations.

Most definitely an introvert type, Bonita is still sweet and caring, maybe a tad air-headed, and will feel at peace when there's peace. In fact, when she needs to recover from her occasional stress and panic attacks, she meditates in an attempt to cool down. She is, however, behind her submissive nature, an innocent girly girl with a love for everything vintage and is kind of a thrift store fanatic, so her destructive habits rarely force her outside her budget.

Bonita has pink skin, pink eyes with blue pupils, two spindly antennae, pale purple eyebrows, long platinum blond hair with pink and black streaks, tied in a ponytail, and has on a tight sparkly pink and black dress. Her main features are two large pink and black moth wings with see-through yellow panes in the holes. Her torso and arms are skeletal and having a visible spine, while she has moth legs. Her heels are bright yellow and have openings and a hole pattern looking similar to her wings.

Bonita is a hybrid that inherited characteristics from both her moth side and her skeleton side, equipping her with plenty of powers and abilities from each heritage. However, Bonita's overall physiology tends to be more focused on the moth side of her family, making her abilities of overwhelming relativity to moths.

Being a hybrid, her parents are two different monsters. Her mother is a skeleton and is an amazing seamstress, weaver, and all-around fabric artist. Her father is a moth monster and is a flyway patrol officer.

She has a strong relationship with her fellow hybrid friends, Avea Trotter, Sirena Von Boo and Neighthan Rot, as she practically grew up with them and went through all those struggles alongside them.

Her relationship with Avea is similar to that of a younger sister to her older sister. Being the submissive girl she is, Bonita usually lets herself down easily, but one thing is certain, she can always count on Avea to cheer her up and protect her. The two know how they've been treated and how much each other has struggled, so they work together to never let that happen again. Though there are times they can get annoyed at each others personality, mostly Avea, they're friendship always come through.

Bonita and Sirena both share a trait that brings them together, the two are a bit of a scatterbrains and get distracted easily. Due to this, they're usually the "push-overs" in the group, which doesn't bother them. They seem to enjoy being pushed-over together, usually minding their own businesses and getting distracted by anything, while the other two do the more serious stuff.

Neighthan too is a great friend of Bonita, and the two accept each other as they are, since Neighthan is the accepting monster that he is. The two are aware of their flaws, that seem to affect the surroundings in similar ways, that is both of them start chain reactions out of simple accidents. They can always count on each other for help and protection. 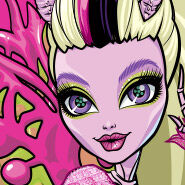 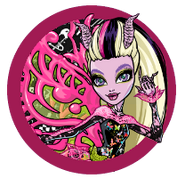 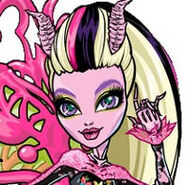 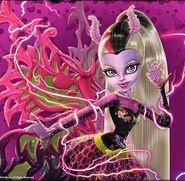