Belfry Prep is an all-vampire high school. In "Fear-A-Mid Power", its debate team went up against Monster High and presumably won.

In "Fright On!", Belfry Prep agreed to a merge with the all-werewolf high school Crescent Moon High and the omni-monster high school Monster High to continue as one under the Monster High banner. This merge was approved by the Skullastic Superintendents, who would monitor the proceedings of the merge closely. Due to Monster High's efforts, the vampire student body and werewolf student body learned to get along, causing the Skullastic Superintendents to make the merge permanent.

Thirteen students were transferred from Belfry Prep to Monster High. The named ones are: 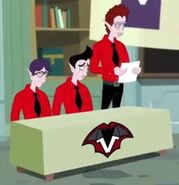 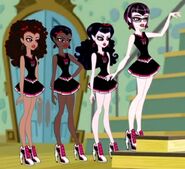 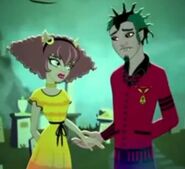